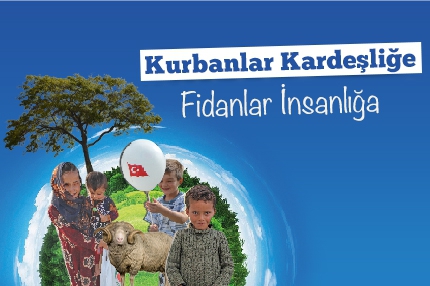 All preparations have been completed for this year’s Qurbani organization and distribution in different parts of our Muslim world with the same excitement, dedication and determination felt since the first day and continuing every year.

Qurbanis for brotherhood, saplings for humanity

This year too we will carry out the charitable mission "Qurbanis for Brotherhood, Saplings for Humanity". While each of our Qurbanis will be a prayer for our brotherhood in Islam, each of the saplings will be a prayer offered up for humanity.

In the ever-changing modern world, people are becoming increasingly isolated and individualistic. The human beings become selfish and heedless of what is going on around them, living out their lives in their own worlds. It is as if they did themselves and the society a disservice by moving away from such lofty values as mutual help, sharing and brotherhood. People with compassion, conscience and a sense of responsibility will be able to halt this trend.

Yardimeli Association’s representatives and teams in 21 different regions in our country and abroad will establish bridges of love and charity by knocking on the doors of the hearts of people in need and orphan families in the most remote places and by presenting them with Qurbani shares. The Qurbanis entrusted to our association by proxy, are slaughtered and distributed according to Islamic methods, by reading the name of each Qurbani's owner. You will be informed by SMS that your Qurbani donation has been accepted and you will also receive a notification via SMS that the Qurbani has been slaughtered. The video of the slaughter of the Qurbani can be watched later on our website by using the password to be given to you, and the images will be sent to your address as a CD at your request.

For each Qurbani, a sapling as a gift to my brother

The "1 Qurbani, 1 Sapling" campaign, which was launched in 2018 within the scope of the " Qurbani Organization and Distribution" and has been successfully conducted every year in Turkey and in different regions of our Muslim world, will continue this year too.

"If you know that the Day of Resurrection is about to come, while you have a sapling in your hands, you should plant it." (Hadith)

Under this project, saplings will be planted for each slaughtered Qurbani in predetermined regions. This project is aimed at some African countries and certain regions in our country, which are affected by prevailing hot climate, widespread poverty and severe drought (Somalia, Sudan, Turkey, Mauritania).

Prerequisite feasibility studies have been carried out in collaboration with authorized agricultural institutions in countries where saplings will be planted in order to determine saplings suitable for the climate and soil conditions of the region.

We are Yardimeli, the Helping Hand; Our hands, hearts and tables are open to every oppressed person. All the oppressed in the Muslim world have a special place in our hearts. We have a great responsibility on our shoulders for taking care of every single orphan, each and every oppressed and needy person. This is how we think and act. As Yardimeli Association and Helping Hands, it is our raison d'être to bring hope, joy and festivity to every orphan, every destitute, needy and oppressed person.

We will carry the holiday from brother to brother.

Qurbani signifies "getting near or close": We will make our Qurbanis a means of getting closer to Allah (SWT). 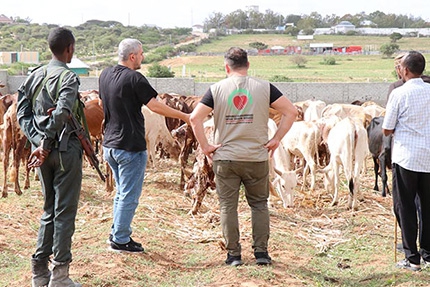 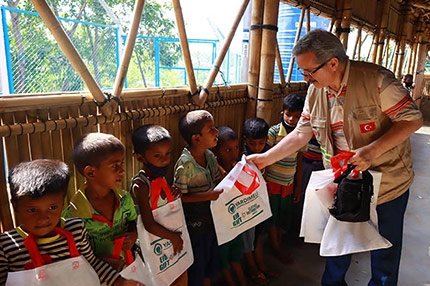 Our gain is what Ramadan left us ... Alhamdulillah!