In 2010, Pakistan experienced some of the worst floods of the century. The flood started with heavy shower in Hayber Pahtunva, Sind, Punjab and Baluchistan states toward the end of July 2010, generating large damages on Indus River Valley, leaving one fifth of the country’s land submerged. According to the information provided by the Pakistan’s government, about 2,000 died and 20 millions influenced from the storm directly.

The flood left wreckage of about pecuniary damages costing about US$136.0 behind.

Right after the receipt of information on the flood, Yardımeli initiated the help operation. Yardımeli provided the victims of disasters with the food, shelter, health services and clear water.

Extending its helping hand, Yardımeli made them aware of the fact that they weren’t left alone and their brothers were ready to extend their helping hands. Our teams continued their contributions further with their rehabilitation works.

After the catastrophe, Yardımeli decided to construct a model permanent village within Charsadda region of Pakistan for the purpose of peoples’ welfare.

The formal opening of Ebu Eyüp Ensari Model Village was held on Friday, April 11, 2014, by the participation of Mr. Mustafa İslamoğlu, Dr. Sadık Danışman, Chairman, Yardımeli Association and participants from Turkey and Pakistan.

Constructed to meet the education necessities of the village, the school provided training in line with the curriculum specific to the region. TİKA (Turkish Cooperation and Coordination Agency) provided the furniture and other requirements of the computer laboratory and library of Çağrı Training Center. Future planning has been established for the period after 5th class of Çağrı Training Center. To that end, additional center will be established in the course of time. The training center will also provided Turkish lessons.

One another important center of the village is Yardımeli Health Center consisted of the pharmacy, health first aid room and gynecology in particular. A gynecologist is assigned permanently in the health center, whose equipment was completely furnished by TİKA.

One another important contribution to Eyüp Sultan Model Village is Hamidiye Water Purification Premises and Fountain. The water supplied by the fountain will prevent significant health problems attributed to the drinking water, which is crucial problem for the people at that region.

Istanbul Shopping Center constructed for providing the means for usual requirements of the villagers, including selling the goods brought from the nearby surrounding will provide one another important function on behalf of the people of the village.

There are planned and in the course of completion project, including: Orphanage, Skill Development Center, People House, Public Kitchen, Fold and Stable for animals, Waste Collection and Processing Vehicle and living center consisted of 51 living units. 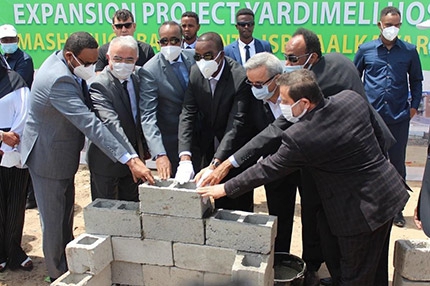 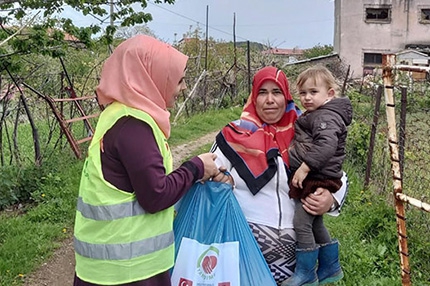